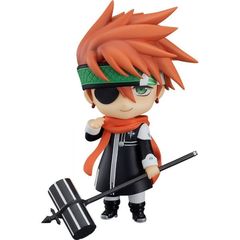 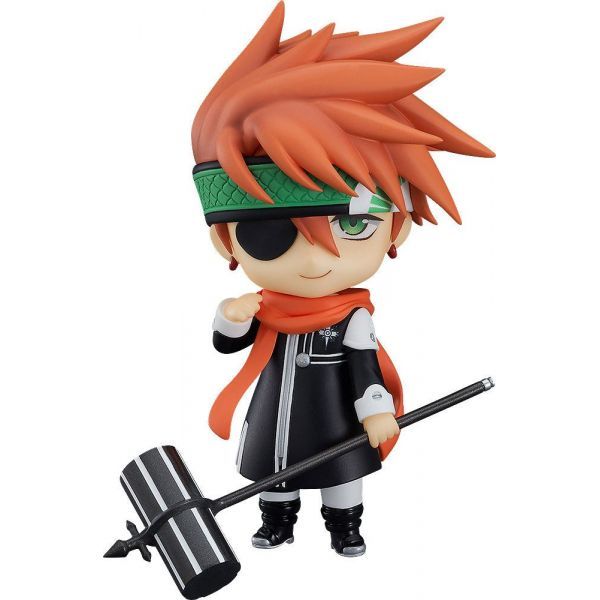 "A Bookman has no need for a heart."
From "D.Gray-man" comes a Nendoroid of Bookman's successor, Lavi! He comes with three face plates including a standard face, a smiling face, and a combat face. Optional parts include Lavi's Iron Hammer, a book, and two different hair parts.
The Nendoroid can be displayed with his hairband off, and you can also recreate scenes of him with a heart-eye using the included heart-eye attachment part. Be sure to add him to your collection and display him with the previously released Nendoroid Allen Walker and previously announced Nendoroid Yu Kanda (both sold separately).
Product Name
Nendoroid Lavi
Series
D.Gray-man
Manufacturer
ORANGE ROUGE
Category
Nendoroid
Specifications
Painted plastic non-scale articulated figure with stand included. Approximately 100mm in height.
Sculptor
Shichibee (Matsuda Model)
Released by
ORANGE ROUGE
Distributed by
Good Smile Company
- This product does not balance on its own. Please use the included stand.
- Please note that images shown may differ from the final product.
- Paintwork is done partially by hand and