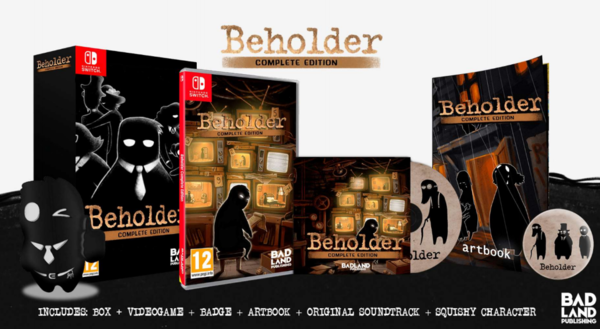 You are the owner of property placed by the State in a totalitarian State. You must spy on the tenants, listen to them on the sly and draw up their profiles! You must report anyone capable of conspiring to subvert the state. You must! But will you do it?
Toeing the party line is always the most lucrative option, which naturally creates plenty of moral quandaries.
Beholder Complete Edition (so-called because it includes the Blissful Sleep DLC) is all about the tough decisions, and achieving some kind of balance between making a life for yourself and retaining a shred of humanity. There are consequences to your actions, too. Beholder is played from a 2.5D perspective, with a hyper-stylised and shadowy aesthetic. You're granted a side-on cross-sectional view of
your apartment block, though you can move into the background to interact with furniture, and zoom in and out of the action at will.