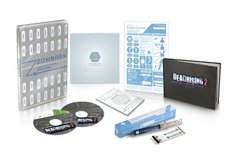 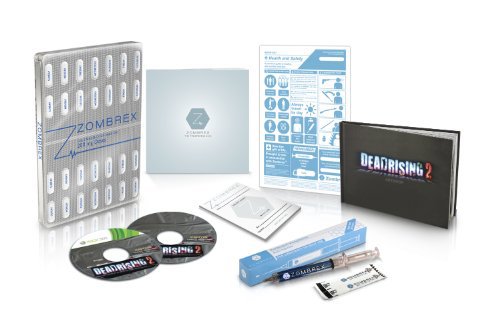 The player controls protagonist Chuck Greene[5] as he fights off hordes of zombies while accomplishing specific missions. The game includes several new objects that can be used to attack the zombies.[6] Up to 7,000 zombies can be seen onscreen at the same time.[7]Dead Rising 2 allows players to manufacture their own custom weapons at various points in the game by collecting items and combining them together in maintenance rooms scattered across the game map. The player also has the ability to unlock "combo cards" that reveal weapons that can be combined together. Such combinations include the "Hail Mary," a hand grenade duct taped to a football, "Dynameat," a stick of dynamite duct taped to a piece of meat, the "Paddlesaw," two chainsaws duct taped to a kayak paddle, and "Spiked Bat" which is a baseball bat with nails hammered through the item.