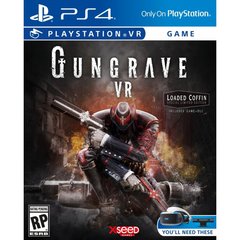 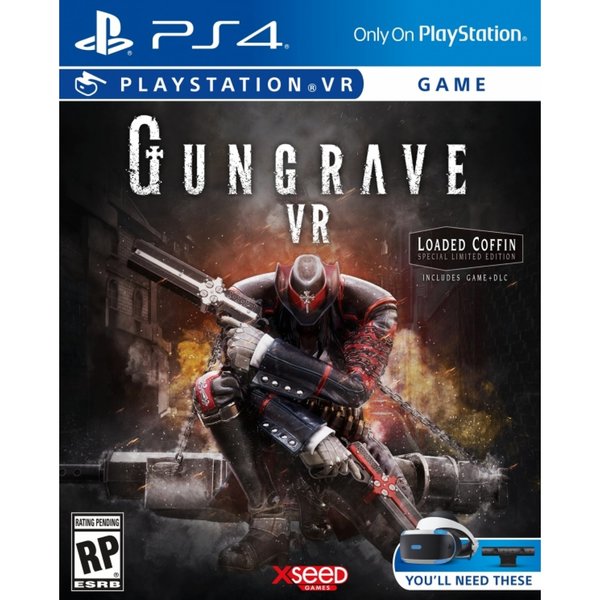 *Image is for illustration purposes only. Actual product may vary.

Following the battle against the Orgmen—creatures transformed by the mysterious drug, SEED—Mika Asagi has tracked the manufacturing of the narcotic (along with a whole new Orgman infestation) to South City. With the city streets overrun by these newly formed creatures, Mika requests the assistance of Beyond the Grave (Grave, for short), waking him from 14 years of rest after his previous battle. She hopes for him to use his power to help rid the city streets of the Orgman threat and stop the flow of SEED once and for all.

In Gungrave VR Complete Edition, players take control of Grave with his iconic set of dual guns, Cerberus, and will have to master different playstyles to take down the various foes that stand in his way. Levels consist either of free-moving third-person gameplay or first-person action that includes both stationary and mobile sections, offering players a variety of modes to help put them in the shoes of the resurrected Millennion agent himself. With an array of shooting attacks, close-range strikes using Grave’s coffin, Bullet Time, and more, Gungrave VR Complete Edition brings an authentic Gungrave experience to virtual reality for the very first time.