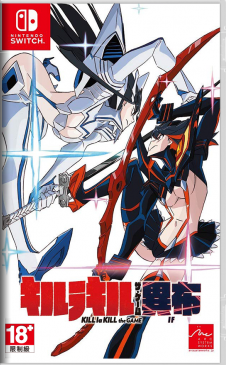 BRAND NEW STORY – Experience “Another KILL la KILL”, a new story line supervised by original scenario writer, Kazuki Nakashima!
SIMPLE YET DEEP MECHANICS – Dominate your opponent with deep mind games, and devastate them with deadly attacks.
CHOOSE YOUR FAVORITE – Pick your fighter from a roster of unique and charismatic characters, ripped straight from the anime!
KETSUI TESTAMENT – Activate your Ketsui Burst and hit your opponent to start the Rock-Paper-Scissors debate! Win to increase your Ketsui Level and become more powerful.
FIBER LOST SECRET ARTS – Reach the highest Ketsui Level and unleash spectacular attacks on your opponent!
KILL la KILL BROUGHT TO LIFE – The look and the feel of the original anime series recreated with 3D cel-shading technology!
RELIVE THE MOMENTS – Your favorite scenes from the original series are revived with stunning visuals and cinematics!
3D ARENA ACTION – Maneuver around the 3D battlefield with ease, and perform devastating combos on your opponents!
STUDIO TRIGGER – KILL la KILL – IF was created under the watchful eye of Studio TRIGGER, who are accepting of nothing but the highest of quality.