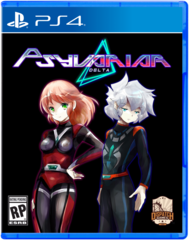 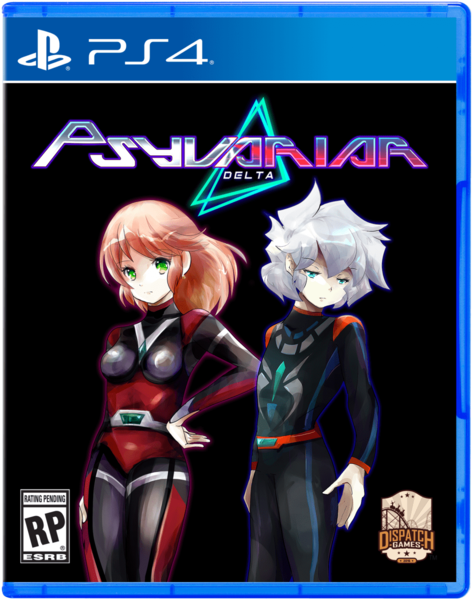 Psyvariar is a shoot ’em up that was first released for arcades in 2000. Its thrilling and strategic “Buzz System” in which the player powers up each time an enemy fighter’s bullets graze their fighter was popular among users. Psyvariar Delta is a high-resolution version of the debut title Psyvariar Medium Unit and its slightly modified upgrade Psyvariar Revision with newly added elements. While paying maximum respect to the original games’ feeling as shoot ’em ups, they have been reborn in the new form of Psyvarir Delta, which connects both titles with new elements.

- New Gameplay Screen and Options - Psyvariar Delta implements a new user interface that displays gameplay information the screen, including gained EXP, boss status, player status, remaining invincibility time after leveling up, and more. It is easier to understand for beginners, and visualizes various information that makes strategy building more enjoyable for advanced players. On the options screen, you can turn on or off settings such as those that intelligibly display player fighter and enemies’ hitbox, allowing you to freely customize the game to your play style

- New Fighters and a Never Before Experienced Psyvariar - In Psyvariar Delta, it is possible to play the stages of Psyvariar Revision with the Psyvariar Medium Unit fighters, as well as the stages of Psyvariar Medium Unit with the Psyvariar Revision fighters, realizing a never before done dream crossover. Also, in addition to two original fighters, a new fighter with a never before implemented original attack method will be added as downloadable content. It can be used in all modes. The new fighter downloadable content can be purchased from each platform’s online store on the same day Psyvariar Delta is released, and will also be included as a bonus code with the standard and limited editions of the game

- New Music and Arrangements - In addition to background music from Psyvariar Medium Unit and Psyvariar Revision, players can also listen to background music from Psyvariar Reassemble for iOS. There are also a large number of new songs from WASi303, who has done many songs for the Psyvariar series in the past. New arrangements from wonderful composers well-acquainted with shooting games will also be added in accordance with new downloadable content fighters