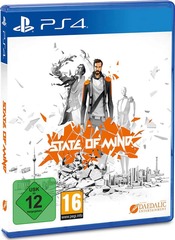 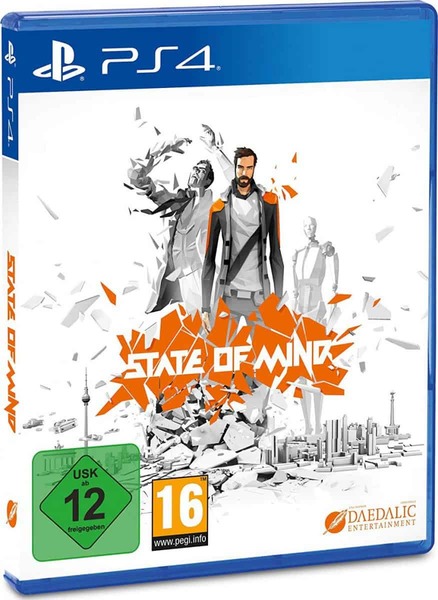 State of Mind is a futuristic thriller game delving into transhumanism. The game explores themes of separation, disjuncture and reunification, in a world that is torn between a dystopian material reality and a utopian virtual future. Employing multiple playable characters and two separate game worlds, State of Mind explores the existential drama that develops in a society on the brink of post-material existence.

You are Richard Nolan, a father and journalist from Berlin who discovers that he and his wife and son have been subjects to mind uploads. Richard’s upload, however, has gone wrong. As a result, he is still living in real-life reality, but an incomplete second version of his self also exists in a secret Virtual Reality project. Upon realizing that he is literally a torn man, Richard sets out on a dramatic and dangerous search for salvation. He aims to reunite with his family, as well as with his own split self. On his way, he soon realizes that this journey isn’t only about him, but about the future of mankind.