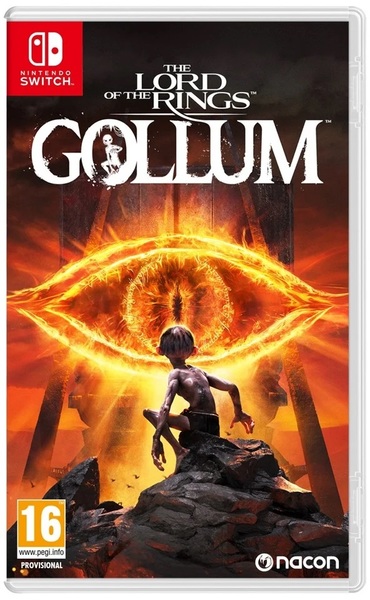 The Lord of the Rings: Gollum

The Lord of the Rings: Gollum™ is an official adaptation based on the literary works of J.R.R. Tolkien.

He's got nothing more to lose… How far will he go to retrieve his Precious?

Taking place in parallel to the events described in The Fellowship of the Ring ™, The Lord of the Rings: Gollum is an action-adventure game and an epic interactive experience. You play as the enigmatic Gollum on his perilous journey and find out how he outwitted the most powerful characters in Middle-earth.

THE UNTOLD STORY
He has survived dangers most wouldn't dare talk about, driven by the singular desire to once again hold in his hands what was stolen from him. Although his desperate quest is a central part of the story crafted by J.R.R. Tolkien, it has never been told in detail. For the first time, follow the untold story of Gollum: an experience that stays incredibly faithful to the books. From his flight from Mordor, where he escaped the Mouth of Sauron and the demon-spider Shelob, to the dungeons of the Elvenking Thranduil, Legolas' father, Gollum has had many adventures and encounters on his extraordinary journey.

ACTION AND STEALTH
After being corrupted by the Ring over hundreds of years, Gollum has developed exceptional agility and sharp wits. Use his unique skills to explore and infiltrate legendary locations and dizzying heights. Find your way past the Orcs as you climb the Dark Tower of Barad-dûr and give the Elves the slip in the mysterious Mirkwood.

While Gollum is no fighter, he is more than capable of strangling a careless enemy when the opportunity presents itself… or of finding a more creative and less risky way of getting out of trouble.

ONE CHARACTER, TWO PERSONALITIES
Gollum is one of the most fascinating characters in The Lord of the Rings universe. In 500 years he has experienced events that would destroy the toughest of beings. But Gollum doesn't break; he bends, he adapts…

Tortured by his split personality, he can be vicious and wicked as Gollum, yet friendly and cautious as Smeagol. It's up to you to decide which of his personalities will triumph in the difficult moral choices that will dictate the future of your precarious alliances.